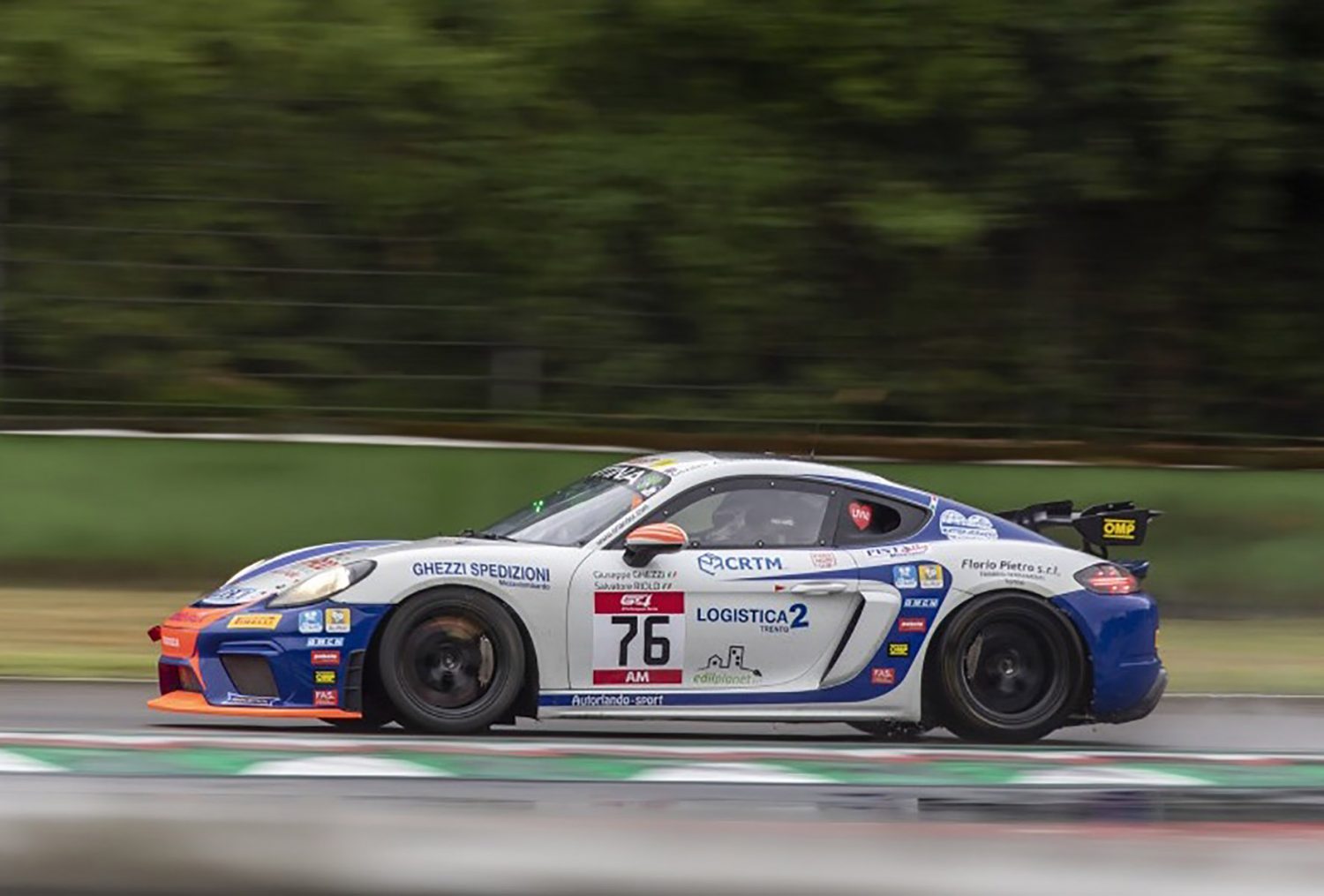 Round 1 of SRO sports GT4 European Series season kicked off on the Imola circuit named to Enzo and Dino Ferrari.

Autorlando-sport has lined up two Porsche 718 Cayman GT4 updated 2020 and entrusted two unpublished crews, Dario Cerati and Maurizio Fratti on # 75 and Giuseppe Ghezzi, winner of the 2017 title, with Salvatore Riolo on #76, both crews entered in the class AM of the championship.

After the intense day dedicated to the tests on Thursday, where the four drivers took turns on their respective cars to become familiar with the circuit (we remember Fratti and Riolo absolute debutants on the Cayman Island). On Friday bad weather affected the entire Romagna region with FP1 and FP2 with incessant rain and therefore not very significant in view of weather forecasts with lots of sun and heat for the weekend.

We then arrived on Saturday morning at the time of qualifying, with the usual format of Q1 for start of R1 and the same Q2 for R2. Q1 with Ghezzi who hit a good 3rd class time and Cerati immediately behind 4th, respectively 14th and 16th overall. In Q2 Riolo placed 4th in class, 16th overall and Fratti 5th in class and 17th overall.

With the grid of Q1 you get to the start of the race with a good start of ours that they maintain the positions but a touch in the middle of the group forces the Race Director to expose the red flag; race interrupted and procedure to be repeated behind Safety car. At the restart the crews of Autorlando sport manage their positions well, Cerati and Fratti conquer the third position of the class while Ghezzi and Riolo despite being in third position for the whole race slide to 5th place.

Sunday morning R2, with Riolo and Fratti at the start respectively 4th and 5th, good at staying out of the trouble of the first laps and both gaining a position in view of the mid-race changes. For the # 76 excellent management of Riolo who entrusts the Porsche Cayman 718 to Ghezzi taking it to the third step of the podium, while the # 75 a curb at the Tosa brings Fratti off the track.

Archived Round1 is now looking at the second race, scheduled on the Misano Adriatico circuit in Romagna on August 9th.

Info and results on: